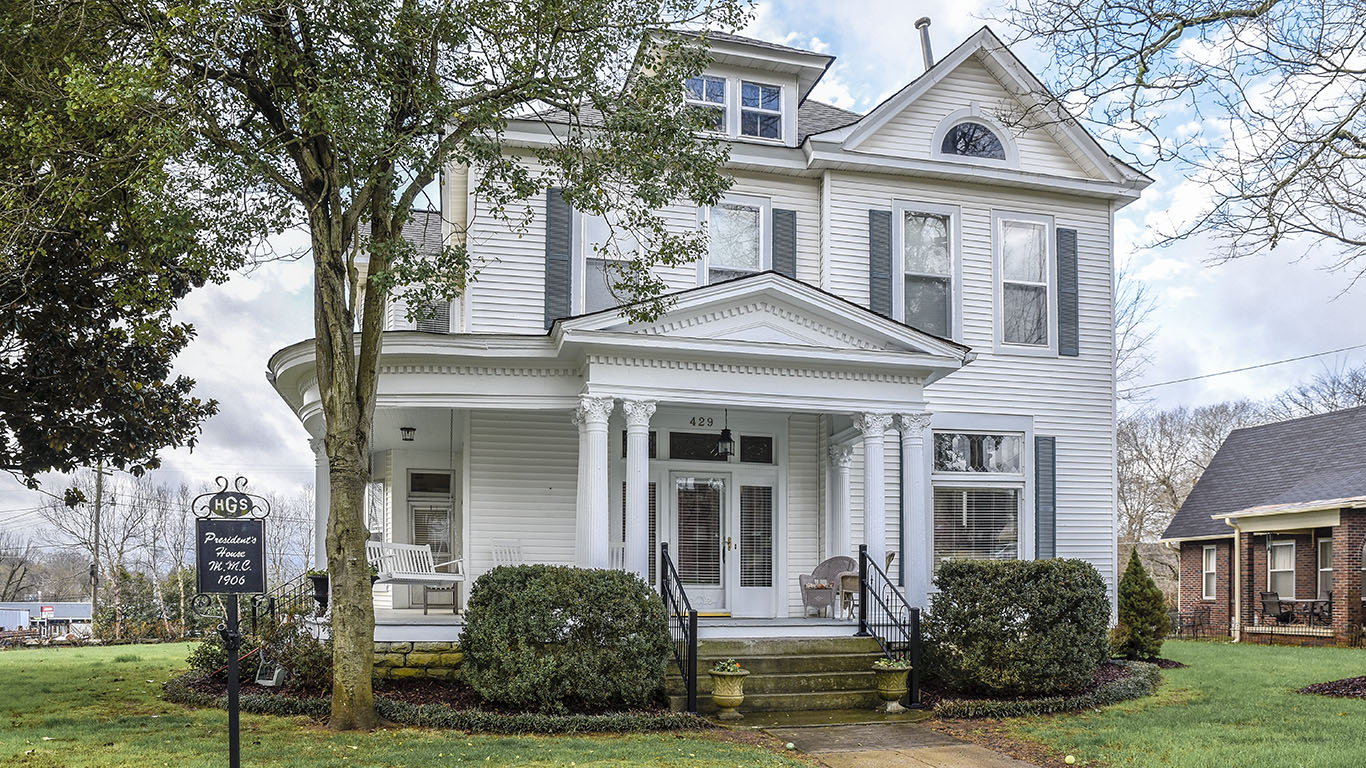 The newly renovated President's House on the campus of Martin Methodist College.

In 2003, the Brindley Construction team restored the Herbert and Grace Grissom Colonial Hall on the Martin Methodist College grounds, located in Pulaski, Tennessee. Originally the antebellum home of former Governor John C. Brown, the historic building was converted to the College’s administrative offices.

Now, Brindley Construction is thrilled to continue our relationship with the College with the recent completion of three new projects on campus. The Abernathy House, President’s House, and Reveille House projects bring new classroom and administrative office space, as well as updated faculty living to the vibrant campus.

The Abernathy House, pictured left, was purchased by the college and now houses administrative offices and Campus Security headquarters. Our team renovated the second floor of the building, taking care to maintain existing historical finishes. Every construction project has challenges and this one was no different. During the winter, water pipes leading into the building froze and burst, requiring them to be cut off from the main town water supply. Thanks to Project Superintendent Charlie Helton and Project Manager Bryan Brindley, we were able to run new water lines throughout the building without disturbing its historical integrity.

The College’s presidents and their families have historically resided on campus in the President’s House, pictured above. Originally built in 1910, we completely renovated this stately home for the College’s newly-appointed president. The Brindley team remodeled the structure which included installing a new upstairs bathroom, expanding the kitchen, and converting a bedroom into a large master bathroom and walk-in closet. Over time, the house had settled considerably, leaving many surfaces out of square. Also, with the help of Monika Whittenburg, Senior Interior Designer from Southeast Venture, LLC, we were able to create a more modern living space in a home that was previously showing signs of age. 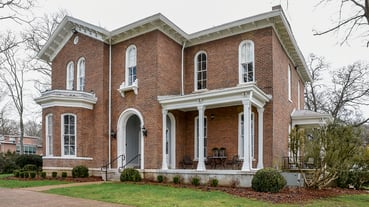 The Reveille House, pictured right and below, was built in 1868 for Benjamin Franklin Carter, a veteran of the Confederate States Army. This historic mansion, built in the Italianate architectural style, has been on the National Register of Historic Places since 1994. 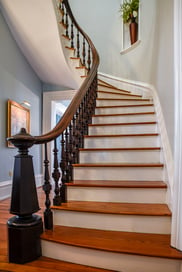 It is now home to Martin Methodist College’s Office of the President and the Advancement Office. The entire building required extensive remodeling. Our team was able to salvage the original heart pine flooring and use it throughout the space. The first floor was converted to a multi-use conference room and entertainment area for events. The second floor contains offices, including that of the College’s President and his assistant. The renovation was completed in three months, just prior to students’ arrival in the fall.

We find historical renovations to be very rewarding, especially when we can repurpose existing materials and finishes. We’re excited to assist in the growth of Martin Methodist College and are honored to preserve the integrity of the area’s most beautiful buildings for many years to come.

Executive Vice President and Director of Marketing
Kathy began her career as a project assistant with Brindley Construction, LLC. She moved up through the ranks becoming a project manager and took charge of all multi-family construction. As Executive Vice President she manages the warranty program for our clients and is vital in the every day management of each project. With years of practical experience and her continuing quest for knowledge, she strives to serve the clients of Brindley Construction in a professional and sincere manner. Kathy is a Giles County native and has lived and worked here her entire life.