The Villages of Murfreesboro Wins Excellence in Construction Award 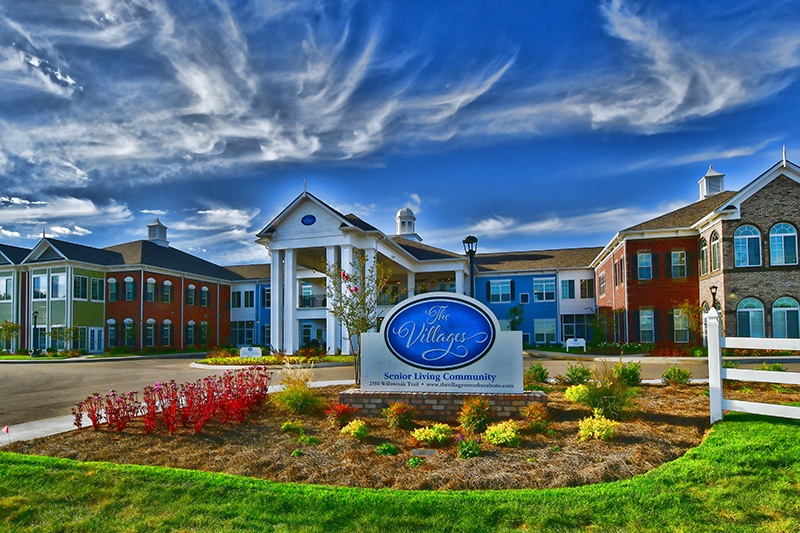 Brindley Construction was recently recognized with a 2017 Excellence in Construction Award from the Associated Builders & Contractors (ABC) of North Alabama for an assisted living project for GoodWorks Unlimited, LLC. Our relationship with GoodWorks and its Director of Development Gary Keckley is one that spans more than 20 years and nearly 40 projects. Completed in August 2017, The Villages of Murfreesboro is an 85,132-square-foot senior independent living facility equipped with 85 resident rooms, a dining facility, and recreational amenities.

The Villages of Murfreesboro offers a variety of housing and service options for senior adults. The facility is comprised of multiple “neighborhoods,” each named after notable women in the history of Rutherford County, Tennessee. The Villages was constructed with sustainability and low maintenance in mind. Multi-color brick as well as HardiePlank® were used for the exterior of the structure. HardiePlank’s resistance to rot and fade-resistant technology allows the Villages to manage its facility with a single maintenance employee. Additional sustainable features include programmable thermostats in the hallways and apartment units, argon-filled windows that meet low-emissivity requirements, and sunrooms on the second floor to provide natural indoor lighting. 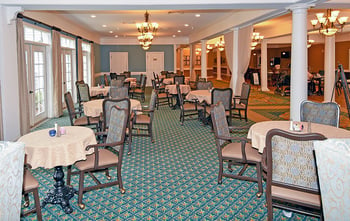 The $9.3 million, two-story complex was originally designed to serve as an assisted living facility. However, GoodWorks made a midstream course correction due to a booming need for senior independent living options. Altering the ultimate purpose of a facility once construction is well underway creates unavoidable challenges for the entire project team.

Due to the change in project scope, our team was faced with a number of consequential structural, mechanical, and electrical modifications. “We were finished with framing part of the building, the rough-ins were going in, and we were getting ready to put in sheetrock,” explains Brindley Project Manager Charlie Evans. At the time, our team was on track to beat the original April completion date, but had to halt construction while new design specifications were being made.

Additionally, the Brindley team had to adjust the original plans for full-size appliances and increased cabinet capacity. Heightened power needs required the facility’s electrical system to be augmented, despite the previous specifications having already been sent to the manufacturer for fabrication. “Due to the massive amount of change, it essentially halted all work until we received the new design,” states Evans. “It moved the schedule from completion in April to mid-August.” Furthermore, the changes impacted virtually every subcontractor and supplier on the project team as each had to adjust schedules and manpower requirements. 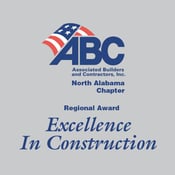 Constant communication was essential to keep this project on schedule.

Weekly meetings were held with the owners and architect, allowing jobsite decisions to be made in minutes, instead of days. The use of tablets in the field also facilitated collaboration between all team members, meaning our project superintendents and managers could instantaneously examine and resolve issues as they arose. Unfortunately, the intense jobsite management could not prevent dock worker strikes and poor weather that threatened the delivery of the facility’s granite countertops. Luckily, our subcontractors were able to work in other sections of the building until the shipment of granite arrived – more than two months late!

Though much of the structure was in place when the decision was made to adjust the final design of the building, our extensive relationship with GoodWorks helped us facilitate the necessary changes and still complete the project on time. In a letter to our team, Director of Development Gary Keckley described this project as “an achievement that many others wished they could achieve.”

Despite the challenges along the way, we are thankful for the 2017 Regional Excellence in Construction Award as well as our relationship with GoodWorks Unlimited that has spanned the past four decades.

Experience, Dedication, and Integrity are our cornerstones. Building the Southeast since 1960, our company has grown and evolved into a successful full-service construction company with extensive experience in commercial, industrial, institutional, religious, assisted-living and medical projects. We are pleased to serve clients in Tennessee, Alabama, Kentucky, Georgia, and Missouri.