Grissom Colonial Hall, originally the antebellum home of former Tennessee Governor John C. Brown, had been damaged by age, fire, and winds. Removed from its original site, the historic home was reconstructed by the Brindley team using as much of the original material as possible.

Before the restoration proposal was to be submitted, wind blew down the east side of the structure, requiring a re-evaluation of the project. Posing a challenge were the columns on the front of the building which needed additional shoring during removal and transport to the new site. Great care was taken in matching new materials to the original décor of the home to make the restoration as seamless as possible.

Situated at the gateway to Martin Methodist College and guarded by majestic lion statues, the renamed Herbert and Grace Grissom Colonial Hall now serves as administrative offices for the college. This project was awarded the 2002 Regional Excellence in Construction Award for Historic Renovation Projects Less Than $2 Million by the Associated Builders and Contractors (ABC) of North Alabama. 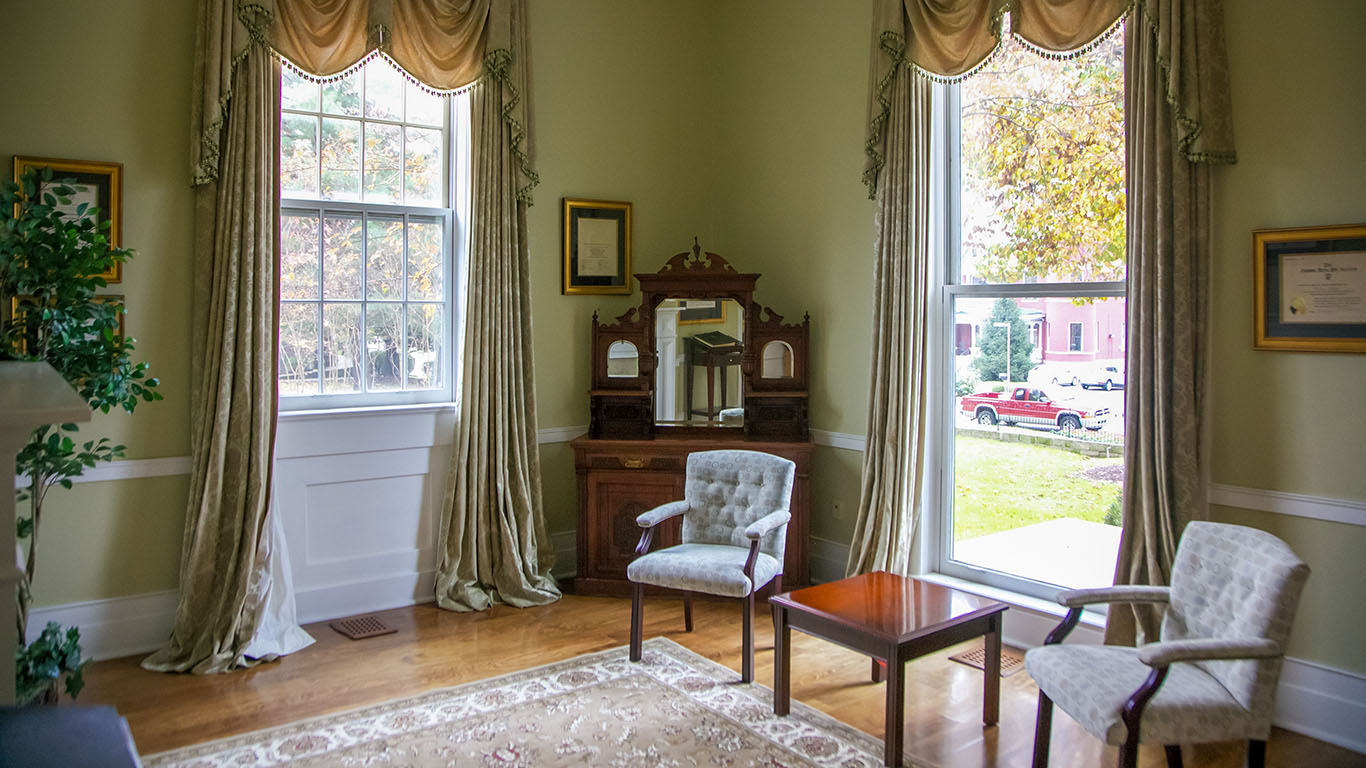 A beautiful example of an antebellum sitting room restored by Brindley Construction. 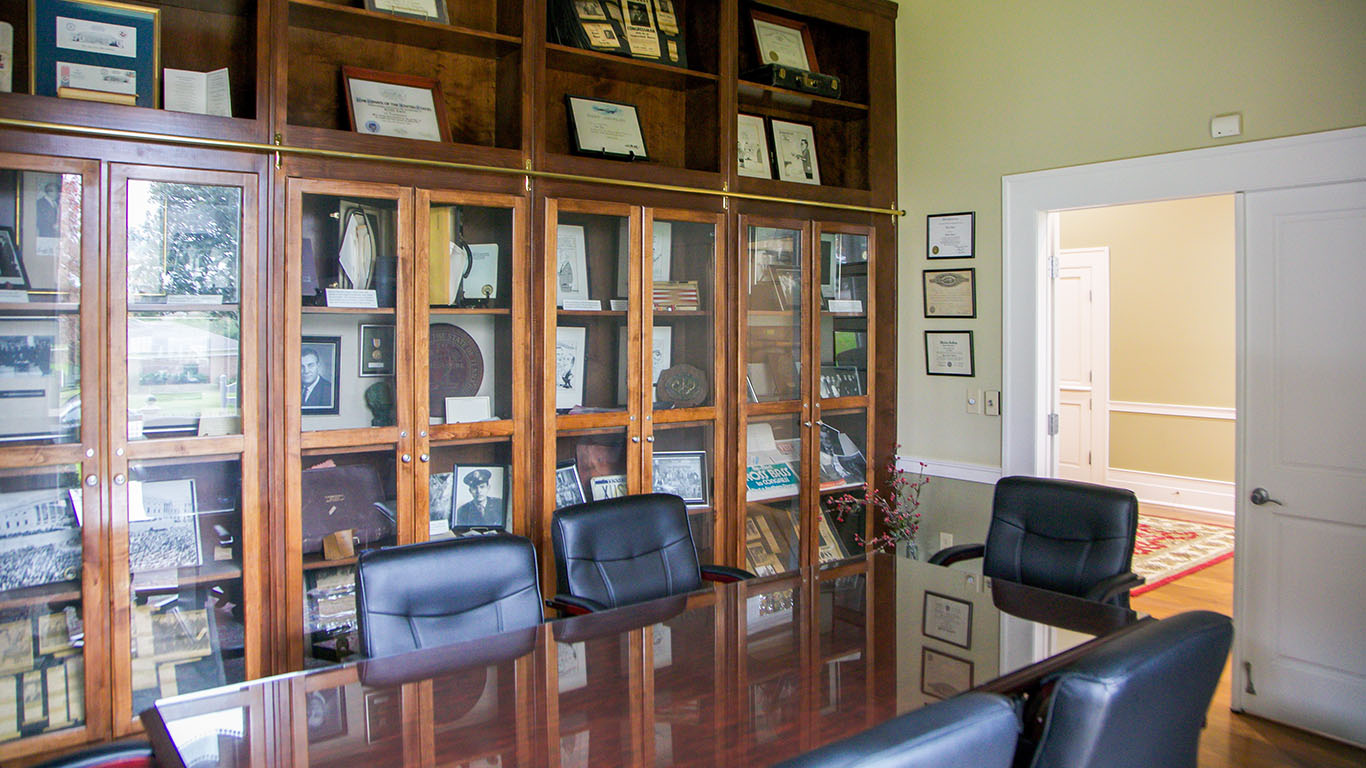 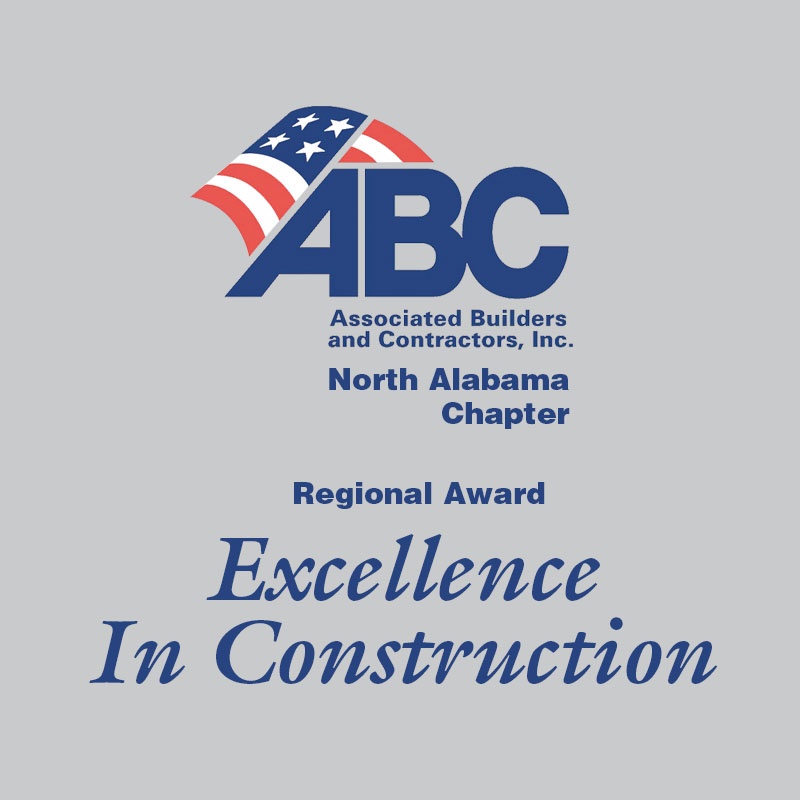 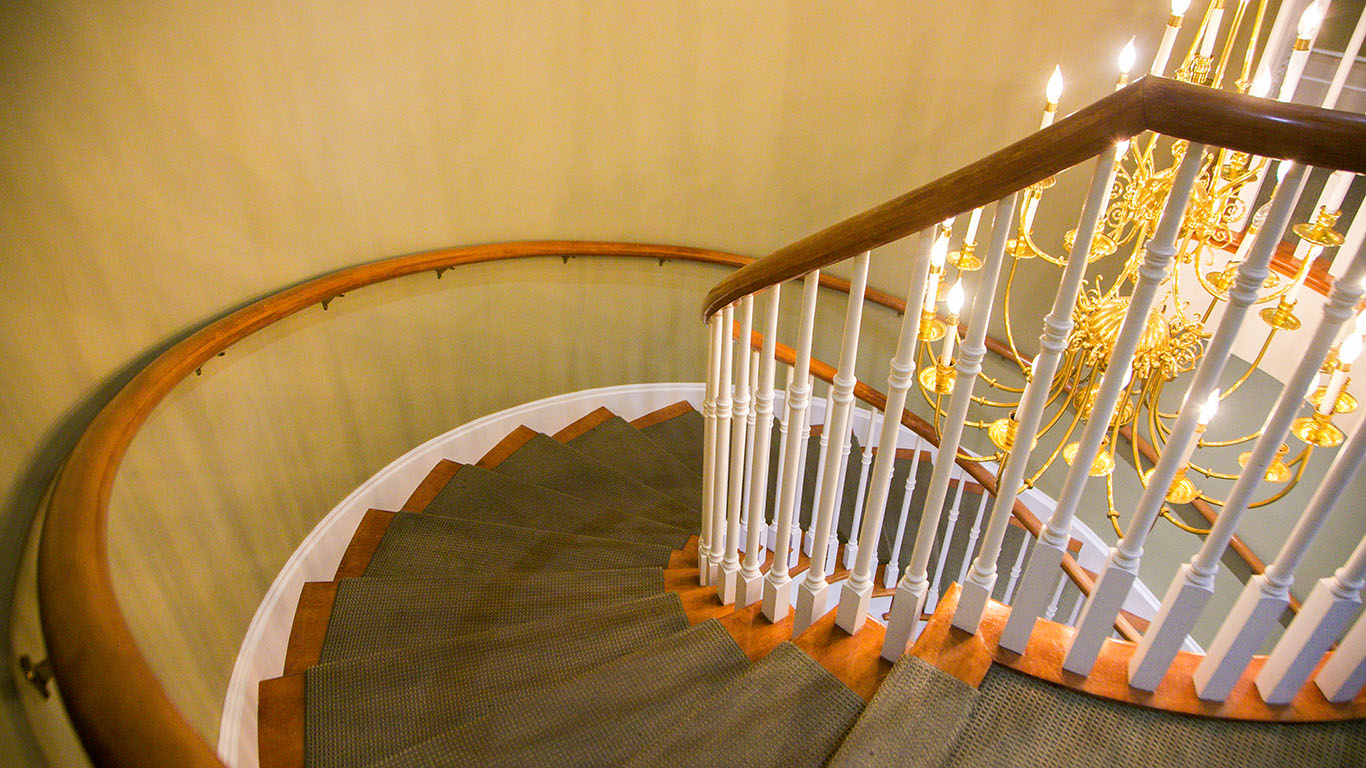 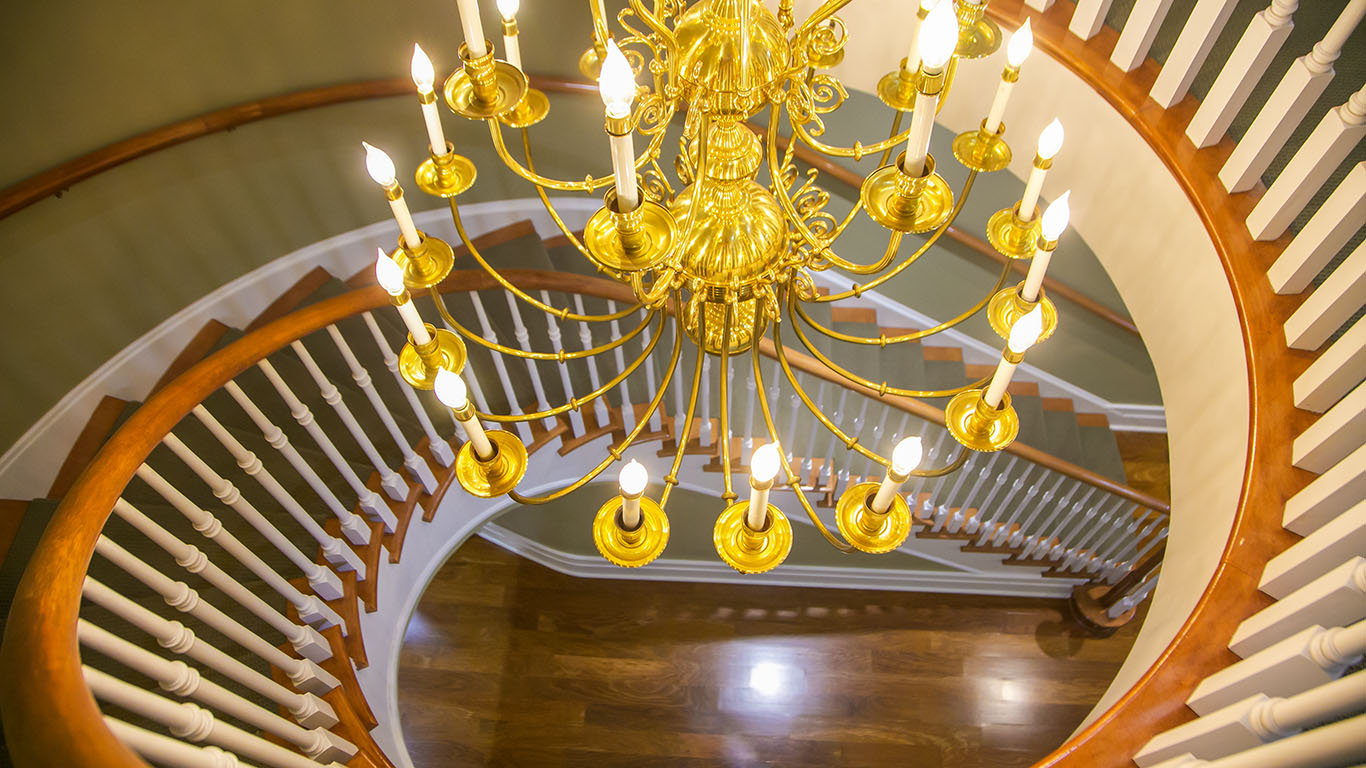 Complimenting the curved staircase is a spectacular chandelier. 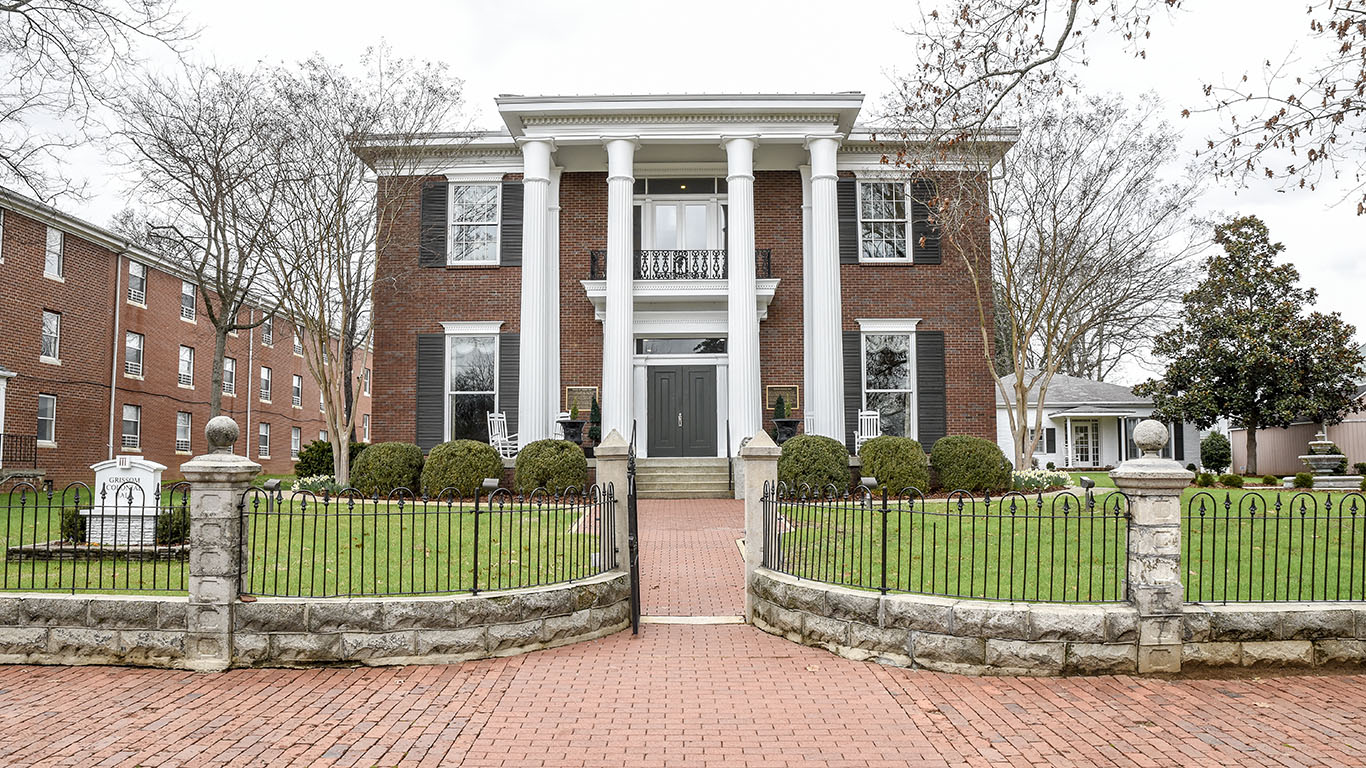 Great care was taken to match restoration materials to the original fabric of the building.