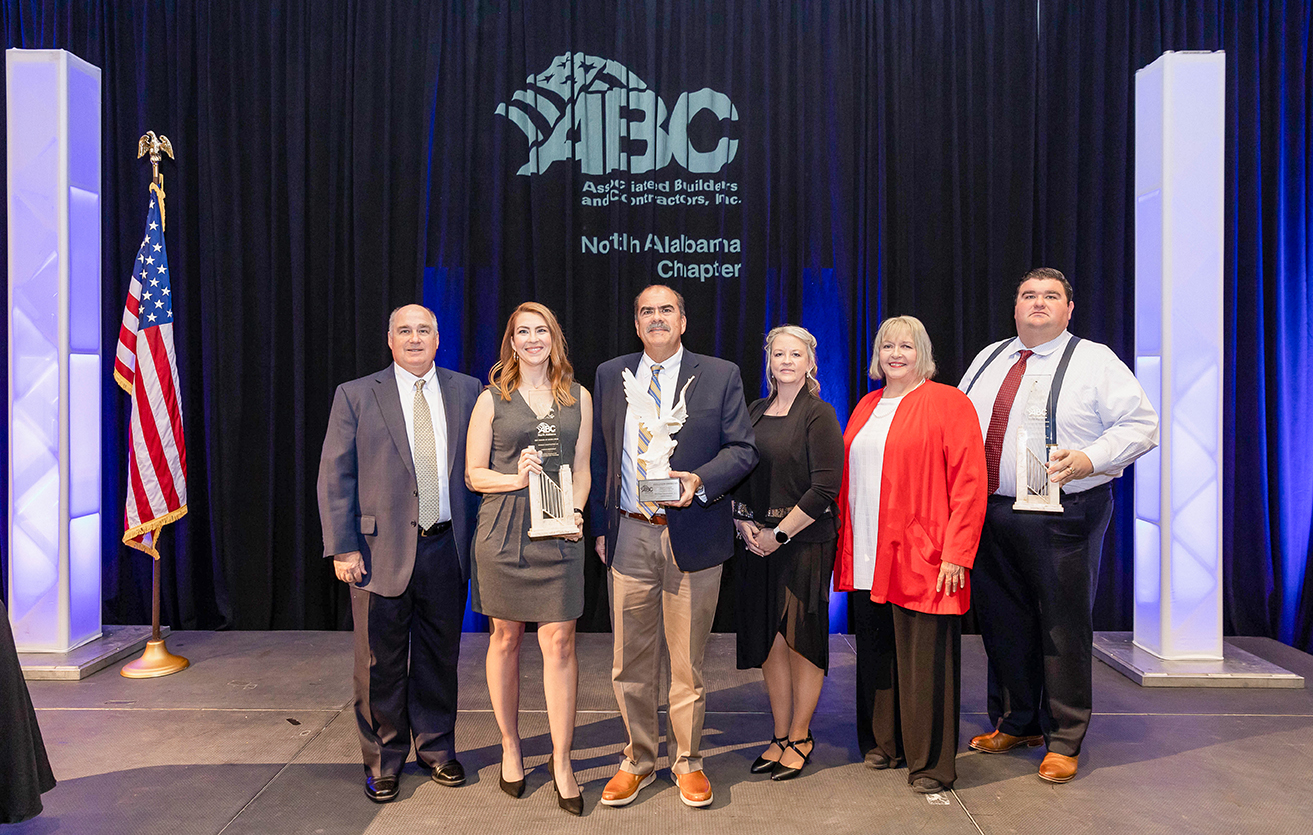 Brindley Team members accept the ABC Excellence in Construction Award and the 2021 Project of the Year Award for Legends Steakhouse.

Brindley Construction is honored to have been recently acknowledged by both The Associated Builders and Contractors of Greater Tennessee and The Associated Builders and Contractors of Northern Alabama. Two local projects won Excellence in Construction Awards for both ABC chapters and have been recognized as some of the most impressive and unique construction projects completed by a Tennessee or Alabama general contractor in 2021.

The Excellence in Construction awards program is the construction industry’s leading competition, developed to honor innovative and high-quality construction projects. The award honors all team members, including the contractor, owner, architect and engineer. Winning projects are judged by a panel of construction experts based on complexity, attractiveness, unique challenges overcome, completion time, workmanship, innovation, safety and project cost.

Visit our projects page to see photos and project details for these two local projects.

We had an amazing team on both projects, including architects Emmett Smith for Wolf Gap and George Nuber for Legends Steakhouse. Legends Steakhouse owner, Johnny Fleeman, and Wolf Gap owner, Kelly Hamlin, were a pleasure to work with!

We are humbled by the support our local communities have shown us over the last 60+ years!

Visit our Safety & Awards page to see all the award-winning projects the Brindley Construction Team has constructed over the years.

Lauren earned a Bachelors of Business Administration degree from Martin Methodist College where she started out as a Purchasing Intern for a local headlight manufacturer in Pulaski, Tennessee. After being promoted to commodity buyer and working in the automotive industry for 4 years, she decided to explore a career in construction where she was a Procurement Agent for a home builder in Nashville, Tennessee. She fell in love with construction and joined the Brindley Construction team in 2020 as the Marketing Director. With her background in construction and love for people, she strives to have Brindley Construction be on the top of the list for any construction job that is needed.