With all of the excitement and anticipation that has come from the University of Tennessee and Martin Methodist College merger, we cannot help but feel sentimental and proud of how far our local college institution has come. As of July 1st, 2021 Martin Methodist College formally became The University of Tennessee Southern. Our community all gathered together to celebrate the night before at the Midnight Merger, and on the day of the merger, a beautiful ceremony and ribbon cutting was held. Brindley Construction is proud to have had a hand in building and renovating these facilities on the campus:

Additional amenities include an indoor track around the mezzanine, and a six-lane indoor Olympic-sized swimming pool with three diving towers. Work was completed in 1987 and the facility is still used on campus today for sporting events, training, classes, etc. We did an addition in 2011, that included a fully-equipped cardio facility.

The East Campus Athletic Facility, completed in 2013, serves as the home for Martin Methodist’s men’s and women’s soccer, baseball and softball programs. The 14,372-square-foot complex is home to Grissom Pitch, home of the RedHawk Men and Women’s Soccer teams and the Carylon and JB Baker Practice Field, which is used by the soccer teams as well as other intramural sports. The scope of the construction includes a concrete slab on grade and metal building panels over steel girts, and features an indoor turf and training facility, locker rooms, a concession stand and also houses offices for men and women’s soccer, baseball, softball and sports medicine. The entire facility, located exactly 1.5 miles from Martin Methodist’s main campus, sits just off of East College Street across from the Tennessee College of Applied Technology.

If you have driven through the beautiful campus in town, more than likely you have seen Grissom Colonial Hall. This beautiful building was originally the antebellum home of former Tennessee Governor John C. Brown, but had been damaged by age, fire, and winds. Removed from its original site, the historic home was reconstructed by the Brindley team using as much of the original material as possible. Before the restoration proposal was to be submitted, wind blew down the east side of the structure, requiring a re-evaluation of the project. Posing a challenge were the columns on the front of the building, which needed additional shoring during removal and transport to the new site. Great care was taken in matching new materials to the original décor of the home to make the restoration as seamless as possible. Restoration was completed in 2002 and serves as the administrative office for the college. See more project photos here. 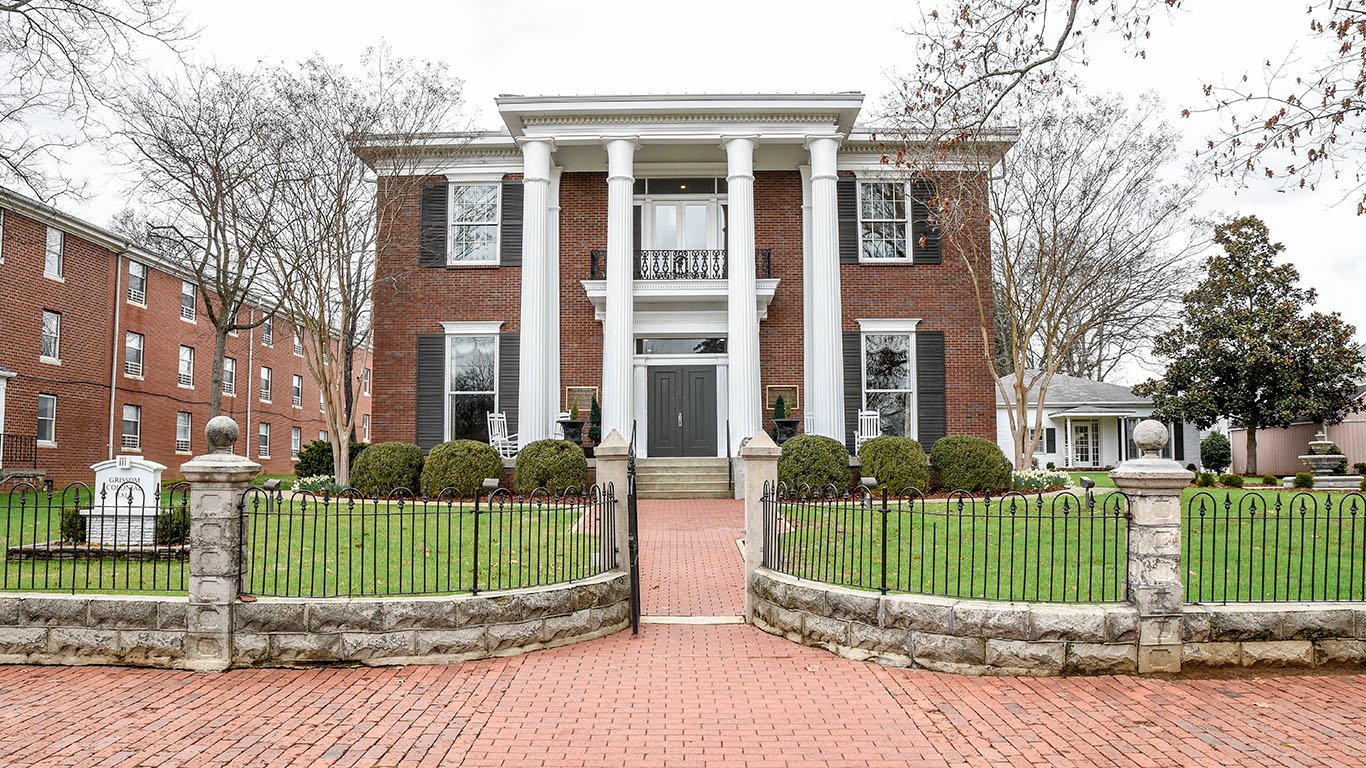 Situated at the gateway to UT Southern and guarded by majestic lion statues, the renamed Herbert and Grace Grissom Colonial Hall.

In 2017, Brindley partnered with the college on three restoration projects located on campus. First, was the Abernathy House that is now called the "Guthrie Student Life Center" and houses Student Activities, Student Life and Student Affairs. 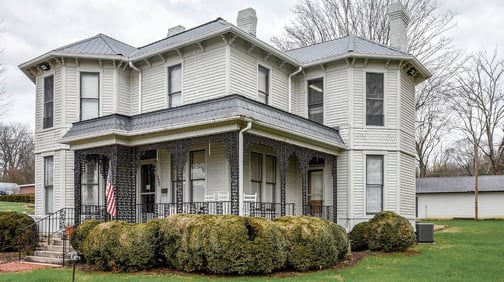 The college originally purchased the house that was located on campus and the Brindley team renovated the second floor of the building, taking care to maintain existing historical finishes. Every construction project has challenges and this one was no different. During the winter, water pipes leading into the building froze and burst, requiring them to be cut off from the main town water supply. Thanks to Project Superintendent Charlie Helton and Project Manager Bryan Brindley, we were able to run new water lines throughout the building without disturbing its historical integrity. See more project photos here. 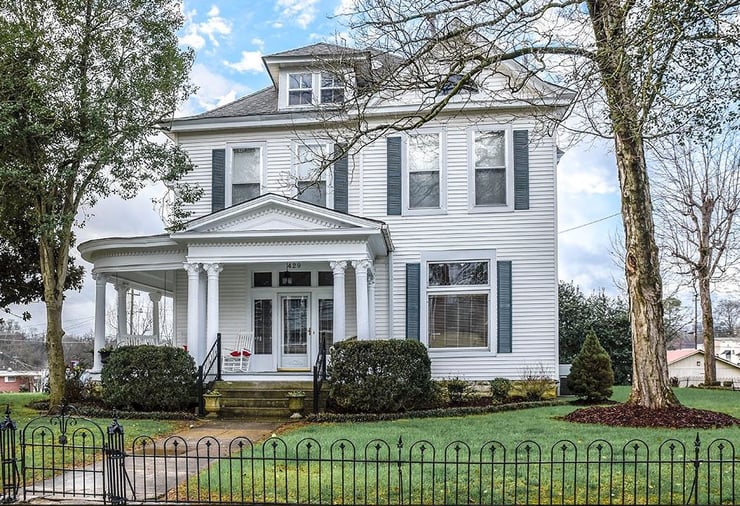 Originally built in 1910, we completely renovated this stately home for the college's president. The Brindley team remodeled the structure, which included installing a new upstairs bathroom, expanding the kitchen and converting a bedroom into a large master bathroom and walk-in closet. Over time, the house had settled considerably, leaving many surfaces out of square. Also, with the help of Monika Whittenburg, Senior Interior Designer from Southeast Venture, LLC, we were able to create a more modern living space in a home that was previously showing signs of age. See more project photos here.

The Reveille House was built in 1868 for Benjamin Franklin Carter, a veteran of the Confederate States Army. This historic mansion, built in the Italianate architectural style, has been on the National Register of Historic Places since 1994. It is now home to the UT Southern Chancellor's Office, Alumni and Advancement Office. The entire building required extensive remodeling. Our team was able to salvage the original heart pine flooring and use it throughout the space. The first floor was converted to a multi-use conference room and entertainment area for events. The second floor contains offices, including that of the Chancellor and his assistant. The renovation was completed in three months, just prior to students’ arrival in the fall of 2017. See more project photos here.

Looking Forward To The Future

Though we have looked back at the different changes that have transpired on the UT Southern campus, we cannot help but feel excited for what is to come in the future—for not only The University of Tennessee Southern, but for Giles County as well. We value the partnership that we have with UT Southern and, over the years while we helped make improvements to the campus, they provided us with knowledge and growth in the education sector. We appreciate partnerships that benefit each other mutually and we look forward to many more years of growth between The University of Tennessee Southern and Brindley Construction. GO FIREHAWKS!

J.J. joined Brindley Construction in 2013 as the assistant director of business development. He is responsible for supporting Brindley’s management on all strategic and operational marketing and customer relationship activities. He provides market feedback to Brindley’s leadership regarding competitive offerings and prospect needs, as well as generates product development ideas. J.J. is involved with the Associated Builders & Contractors of North Alabama. He served as president of the chapter’s Emerging Leaders program in 2017, for which he received the Spirit of Service Award.